What is ArchiMate Core Framework?

A key challenge in the development of Enterprise Architecture is to strike a balance between the specificity of languages for: 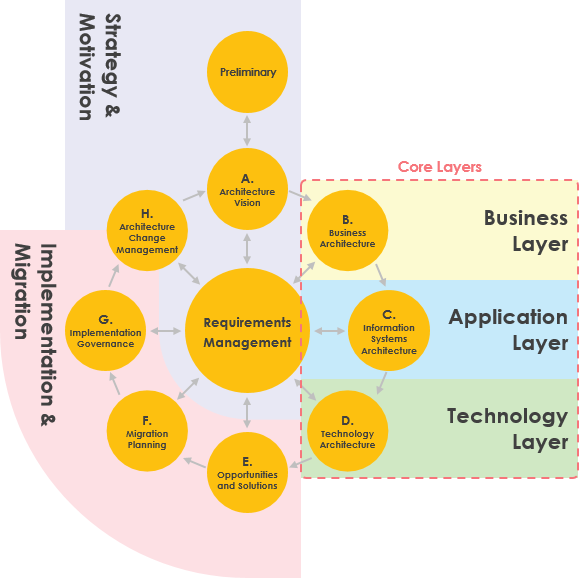 1.  The Business Layer depicts business services offered to customers, which are realized in the organization by business processes performed by business actors.

2.  The Application Layer depicts application services that support the business, and the applications that realize them.

3.  The Technology Layer depicts technology services such as processing, storage, and communication services needed to run the applications, and the computer and communication hardware and system software that realize those services. Physical elements are added for modeling physical equipment, materials, and distribution networks to this layer.

Elements and Relationships in Different Lyaers

The general structure of models within the different layers is similar. The same types of elements and relationships are used, although their exact nature and granularity differ.

ArchiMate defines three layers – Business, Application, and Technology – based on specializations of the core concepts . A layered view provides a natural way to look at service-oriented models. The higher layers make use of services that are provided by the lower layers. In alignment with service-orientation in between different layers, the most important relationship between layers is represented by:

The conceptual framework  shows the layers combined with three aspects (passive structure, behavior and active structure) as a way to organize modeling from different viewpoints.

The aspects of the core, as defined by the three types of element vertically, associated with the layers identified horizontally, make up a framework of nine cells, as illustrated shown in the Figure below. This is known as the ArchiMate Core Framework.

Behavior represents the behavior (processes, functions, events, and services) performed by the actors.

Passive Structure represents the objects on which behavior is performed.

Example: Aspects correspond to a Subject-Verb-Object of sentences pattern: 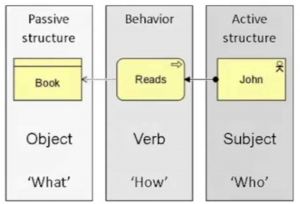 You can map the concepts to the framework as shown below: 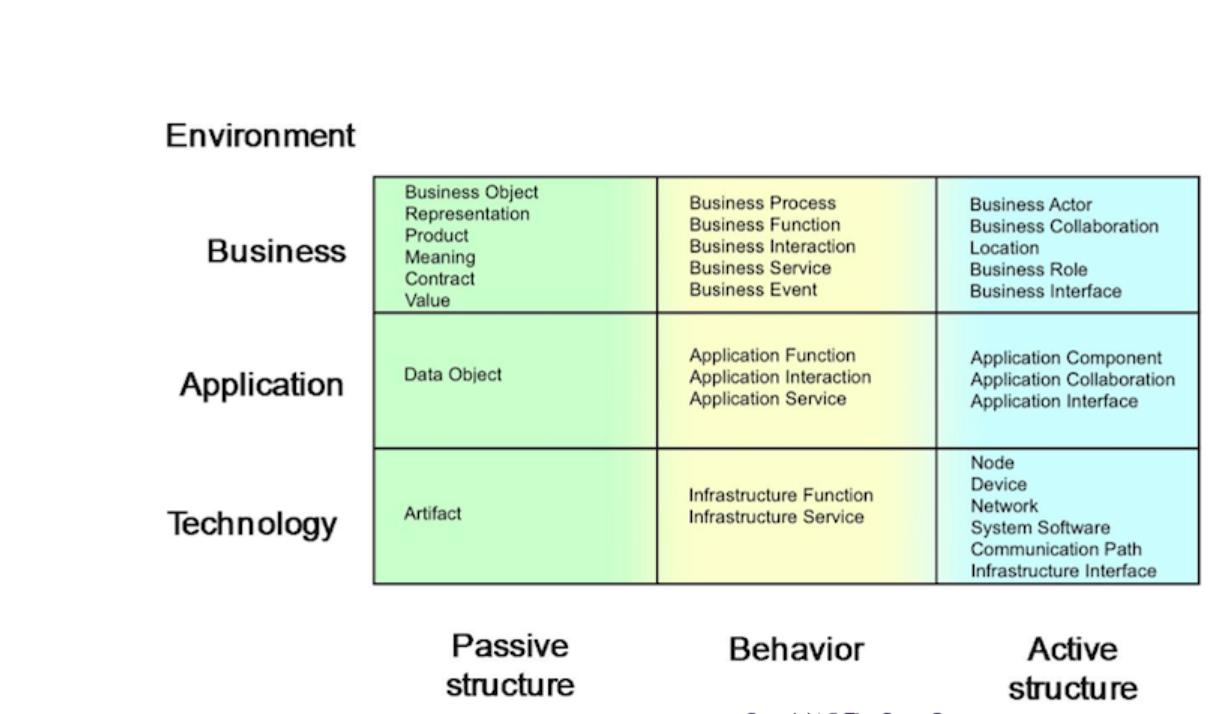 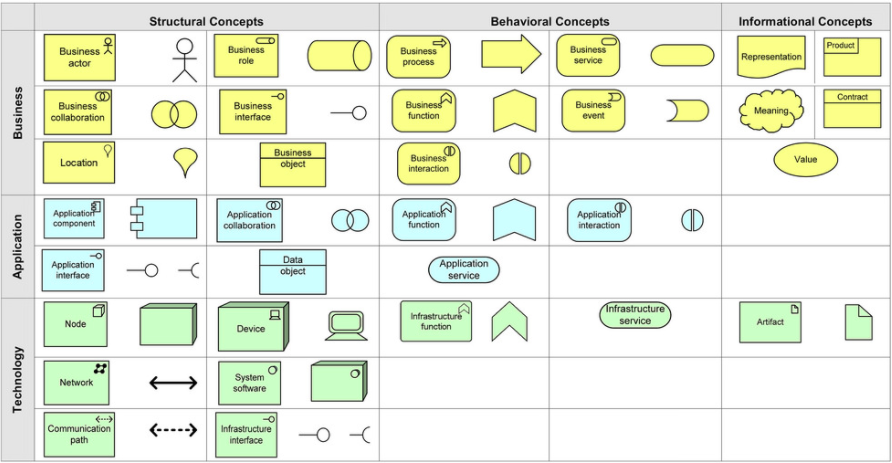